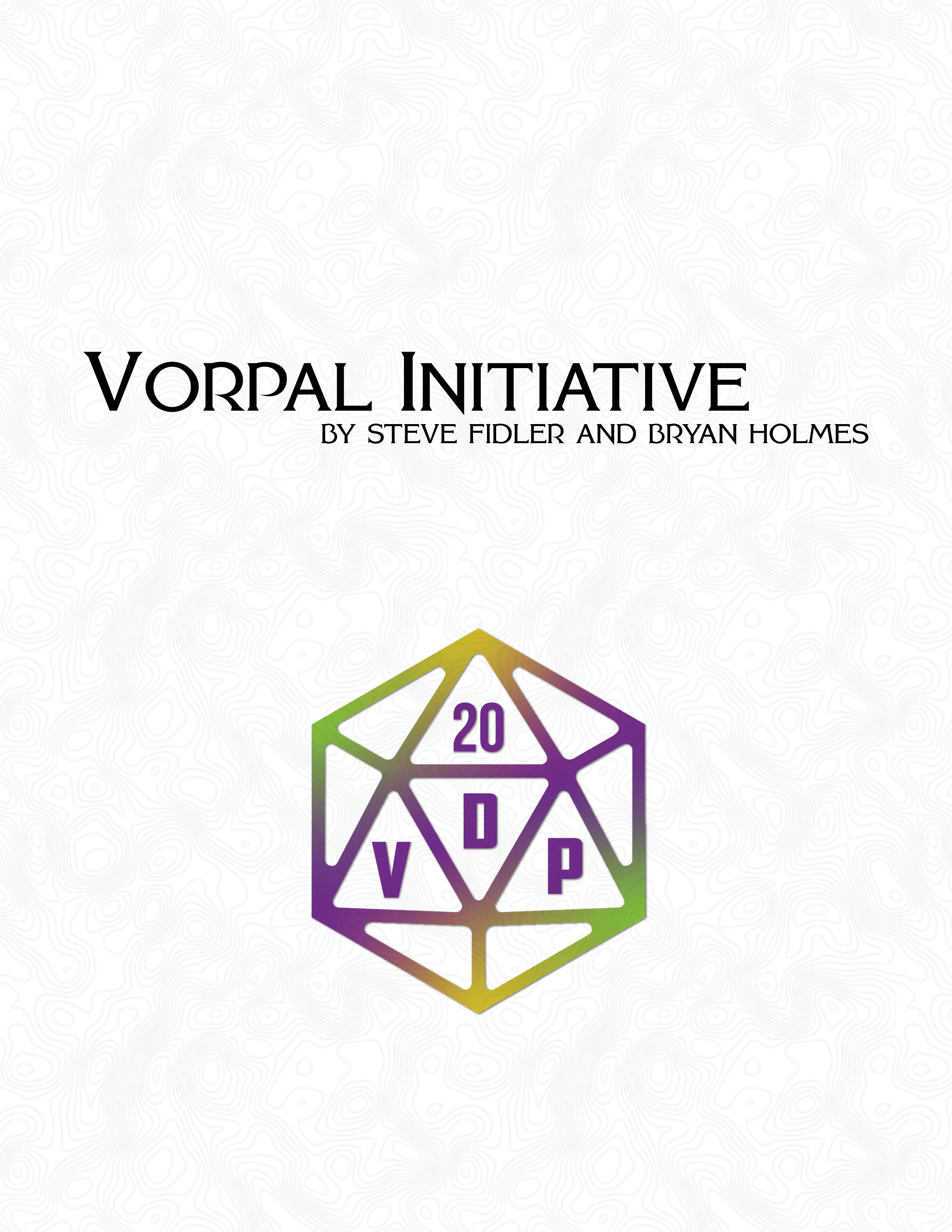 Well, that’s that. Negotiations are over, your party’s rogue has brandished their blade in response to an insult and the proverbial gauntlet has hit the sand. You excitedly shake your lucky d20 in your palm, hoping to roll big and put a decisive end to this fight… and roll a 1. You’re acting last, yet again.

Does this situation sound all too familiar? Or what about that time the Fighter used their Action Surge feature, cleaved through multiple hapless victims— only to block the doorway with a pile of corpses and leave you with only a target just outside of your range to even fight?

Vorpal Initiative seeks to mitigate the losses incurred from a low initiative roll, and give a semblance of fairness back for combatants who have less actions to take than others on any given round of an encounter. Low on the initiative track? Take a moment to recover and set yourself up for an early action next round. Unable to lob that blast of fire because your oversized travel partner blocked your view? Not ideal, but let’s just say you’re saving yourself for the next round, shall we?

Through the addition of Stamina, a combat-specific resource determined by your first Initiative roll, you have more fine control over your position in the order of combat. Actions cost Stamina, and after each combatant has had a turn and a new round begins, your remaining Stamina becomes your new Initiative, benefiting those who do less in their turn to act sooner on the next round.

Low on Stamina? No problem! Take the Recover action to regain lost Stamina: giving you back into the fight and potentially putting you back on top.

While these two changes alone will make combat more fluid and dynamic, why stop there? We’re providing a number of Variant Class Features, Feats, Magic Items, and Optional and Variant Rules to interact with Stamina giving you even more control over the flow of the fight.